October 08, 2019
In the spirit of marking her attendance, Miss-K arrived with some of the Kreative Kick Panelists and team to attend the second edition of the UK Nollywood Film Festival, glowing with a show stopping outfit, making her arrival known when stepping onto the red carpet.


The UK Nollywood Film Festival, which took place this weekend,  Saturday 5th of October 2019, in London, which launched back in 2018,  and has been instigated by the President of The Nollywood Guild Award, Dr Malcolm Benson, who partnered with Kreative Kick platform and supported the event with donating goods to the attendees,was a success.
She attended along some of the Kreative Kick youth Summit Panelists,  Celebrity Makeup Artist Lucy Rose and Sync, Photographer to the Nigerian President, His Excellency Olu Obasanjo.
Miss-K wore a bespoke piece, which she co-designed with Luxurious Fashion House “Rosemari Avenard”, for whom she became the official Brand Ambassador early this year Jan. 2019, this time pushing boundaries in gia…
Read more
Recent posts

KICKING-OFF THIS NEW MONTH WITH SOME SPECIAL WORDS FROM MAYOR OF ENFIELD ON THE KREATIVE KICK YOUTH SUMMIT !

September 01, 2019
In support to the Kreative Kick Youth Summit event, the Mayor of Enfield, Cllr Kate Anolue said:  “I am so proud of Miss-K’s new venture, as I am a big fan of promoting education amongst our youth and I’m delighted to support “Kreative Kick“, which is a fantastic development that celebrate the huge impact young Londoners of African heritage have made within the creative industry and continue to make on all aspects of life in our capital. Overall the #KreativeKickYouthSummit was an event no one will forget in a hurry. Cheerful, fun and most importantly a day the youth felt celebrated, with memories they won’t forget in a hurry.


Press play on video below.

August 27, 2019
Make sure to tune in, plenty prizes to be won,  New K'ompetition  will be ran on our social media pages from 5PM today !!
so make sure to follow @KreativeKick

August 21, 2019
Here is a some of the fabulous photos from the Kreative Kick Youth Summit, 2019.  Check out our panelists, more to come tomorrow,  keep tuning in !!!

A BIG THANK YOU TO ALL OUR MEDIA PARTNERS

August 16, 2019
A huge thank you to all our media partners. We would like to express our gratitude for your excellent coverage of our grand opening.  We appreciate our Media Partners support for gracing our programme  and we look forward to more collaborations with you in the near future.

August 12, 2019
TO ALL THE KIDS OUT THERE,  THE ENTIRE "KREATIVE KICK" TEAM WISHES YOU  A HAPPY INTERNATIONAL YOUTH DAY !!

SPECIAL THANKS TO OUR SPONSORS

August 11, 2019
We would like to thank our sponsors for their generous help in volunteering to sponsor our youth summit.  Their service rendered did go a long way into making the programme a success and  enabled us get this mission to a great start.

OUR PANELISTS WILL SOON BE UNVEILED!

July 01, 2019
The countdown has begun... Are you ready for the Hot Sauce ?😀😁😀😁 Hold on tight, we have a few surprises for you in store,  Our panelist will be unveiled within the next few days. Keep tuning in !
Coming soon..
In the meantime..Be courageous and take that step forward to your next creative career path and join us at the Kreative Kick Youth Summit 19! .
Are you 16-25? Dont wait!! And come Join us at the KREATIVE KICK YOUTH SUMMIT 2019.
.
Taking place in london(UK) with aim to help "Transform Education" within the Creative sector..
FREE ENTRY..register for your ticket
(Link in bio :https://www.eventbrite.co.uk/e/creative-industry-kreative-k…)

June 01, 2019
It's Official,today we are launching the Kreative Kick Youth Summit!

Where: London/Venue: T.B.A
Our Theme: "Millennials:Creative illusions versus reality."
# Get your FREE ticket here; 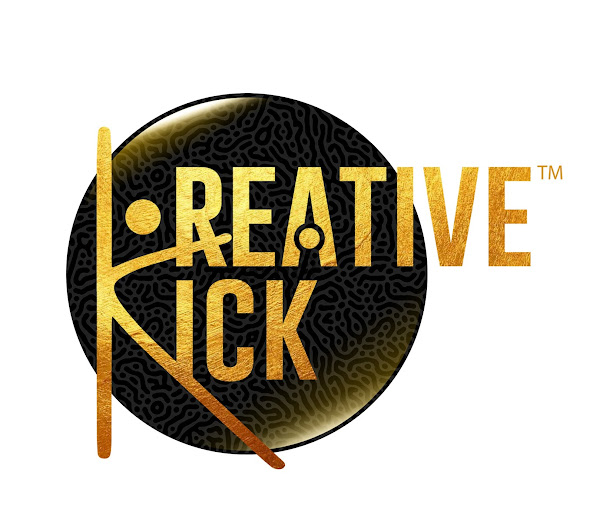